What is your theme of collection? What does the design mean? Sometimes people ask us such those questions. What can we say… Actually GROVER SPECTACLES don’t have creative concept or even season’s theme. Also we are far away from eyewear’s trend. Our mission is to create emotions of each moment of life into our eyewear design, rather than hindering free creative mind by our own concepts or trends――The frontier spirits that step forward into unknown fields with an open mind. This is our essence of creations. 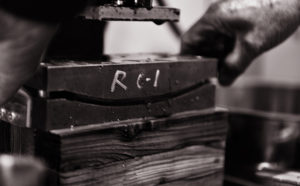 Our journey has started since 2006 with the first product “SEDONA”. The designer Masataka Nakajima owns family business of the optical store. But he couldn’t find any eyewear designed from perspective of optical stores and it made him feel stressed. The products of GROOVER SPECTACLES have been started as the original frames for his own store that makes him free from that stress. But meanwhile, he has realized that the existing industries in Fukui have limit to manufacture his challenging design with high quality. The element that could breakthrough it’s limit is “G YARD” that inherits the lost oldest eyewear making way “TOKYO CRAFTSMANSHIP”. 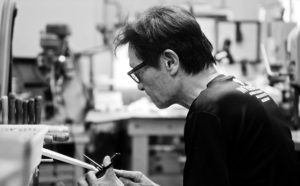 As many media have told, everyone would imagine Fukui Prefecture as the center of the eyewear industry. However, in the downtown area of Tokyo, the eyewear industry has been flourishing since the late Edo period. And it was craftsmen from Tokyo and Osaka gave their skills to the people of Fukui when they began making glasses about 100 years ago. Although eyewear manufacturing in Tokyo is a mass-produced industrial product, it is characterized by very high quality because it needs much effort and time. On the other hand, it means that it’s hard to survive in the mass production of modern times. Therefore, after the 1980s, many of factories went out of business one after another, and finally the last factory has shut down in 2010. We have reunited the master craftsman and his crew who worked at that factory, and started operations in Yokohama since 2015. In other words, G YARD is the one and only factory 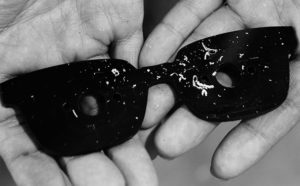 As we mentioned, GROVER SPECTACLES don’t have creative concept or even season’s theme. But our products have significant features that not found in existing eyewear. That features are particularly apparent in plastic frames. The complex and multi-faced manual cutting that can’t be expressed by machining is much more than the existing frame design. Sturdy plastic material that don’t deform after long time using by taking time to prepare the material and allowing it to mature thoroughly. Extremely glossy luster created by polishing with different abrasives and buffing depending on design, material and color and spending about 2.5 times more than typical eyewear. GROOVER SPECTACLES, which has grown into the brand unique in the world, established through the encounter between traditional craftsmanship and challenging designs, has now emerged from Japan and has gained worldwide attention, especially in North American and Asian countries.